About Debra and Earthline: The American West


Introduction to Earthline
The primary purpose of Earthline is to document our changing Earth in the context of the American West as I pass through on foot. I want the blog to be enjoyable reading even for those who, for whatever reason, will never do the hikes. Further, my hope is that descriptive words and images will give future generations an enhanced understanding of our landscape today.

Earthline takes the form of a hiking guide because I am most comfortable with that genre. I hope you find it useful. That is why there is so much information packed at the top of each post. The Essence encapsulates the hike in a few sentences. You will find precise driving directions in Travel. The statistics in Distance and Elevation Gain are as accurate as I can make them. My personal Total Time is generally the midpoint in the range posted. The Quote is intended to pull you into the wonder of each hike and to set the emotional tone.

The geographical region is restricted to the American West because I was born and raised here and this is home ground. Upon arrival in Durango in 2000, I fell in love with the La Plata Mountains, our backyard range. I was attracted by the geology, flowers, proximity to town, and the small scope of the range. Each visit was recorded in my field notes and on my archive map, shown. I'm not a list completer and I never intended to summit all the La Plata peaks. I climbed them out of affection, often more than once, and as it happens, by 2012, I had climbed them all. 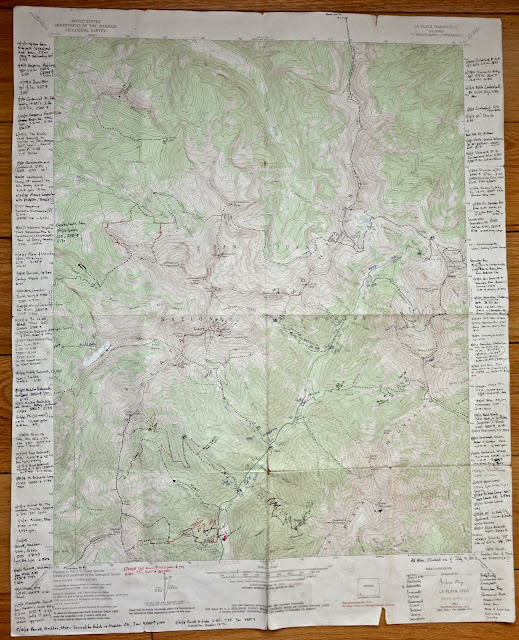 The La Plata mountains deserve a comprehensive guidebook and I do intend to write one. Meanwhile, in 2014 I started the blog so I could begin sharing what I'd learned about the range. I so enjoyed reliving the landscape while blogging that I started adding favorites in the San Juan Mountains of Colorado and points further west and south.

I post, on average, three times each month. While I have a global audience, the majority of readers live in the United States. If you would like to sample the blog, here are links to a few of the most popular Earthline posts:

Debra’s Origin Story
My grandparents fell in love with Yosemite Valley in the 1930s. My grandmother and her two sons (including my father) summered at Camp Curry. My grandfather drove from the San Francisco Bay Area every weekend in his Model T to resupply and hang out. As a child, I tent camped on the valley floor for two weeks every summer. At night we would watch the Firefall spill 3,000 feet from Glacier Point. (Howard Winegarden, Sr., photo) 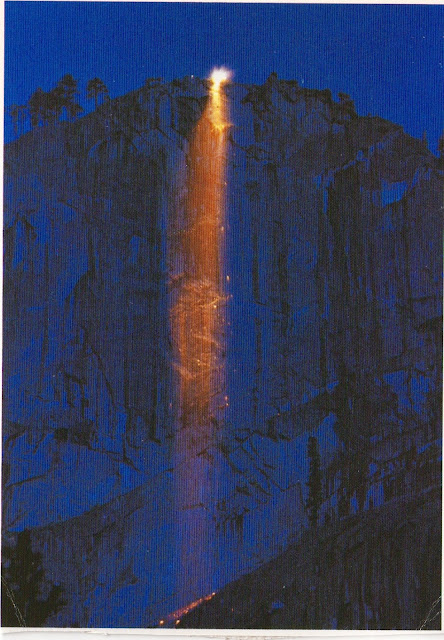 In 1966, I climbed to the top of Half Dome with my grandfather, brother, and twin sisters. We were the only people on the cables that day. (Howard Winegarden, Sr., photo) 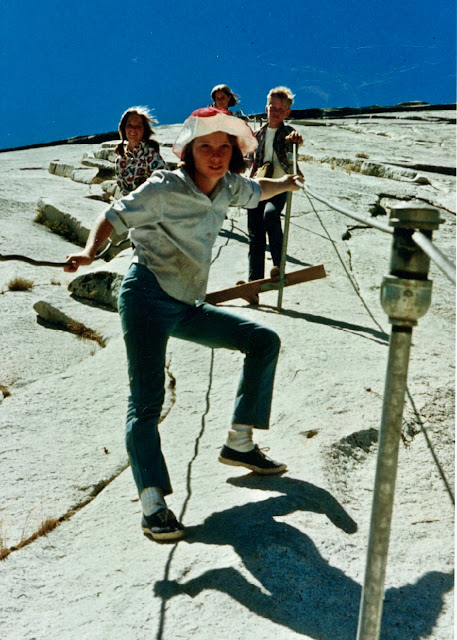 My father built his first backpack with aircraft aluminum and hand-stitched canvas. When I was ten years old we doubled up with another family and began annual, eight-day, 80 mile backpacks in the Sierra Nevada Mountains. In my twenties I began recording field notes and never stopped. (Howard Winegarden, Jr., snapped this photo at the end of a trip into Evolution Valley.) 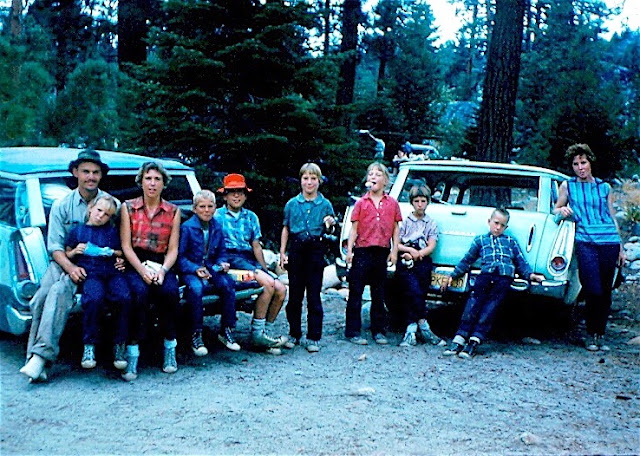 In 2014, I began writing a hiking column for the local newspaper, The Durango Herald. I lead hikes and climbs for Durango's hiking club. I am an avid road cyclist and a student of the piano.

Education: Masters in Library and Information Science from the University of California, Berkeley; and Masters in Counseling Psychology from California State University, Sacramento. While I worked for decades in those professions I had the most fun driving crowded ski buses in treacherous conditions in Crested Butte, Colorado.

Family: I raised my son, Forester, as a single mother. Following family tradition, I passed on the love of wilderness to him. On his first climb at 3.5 years he happily did a 1,200 foot talus ascent to the top of Crested Butte Mountain.
(Debra Van Winegarden, photo) 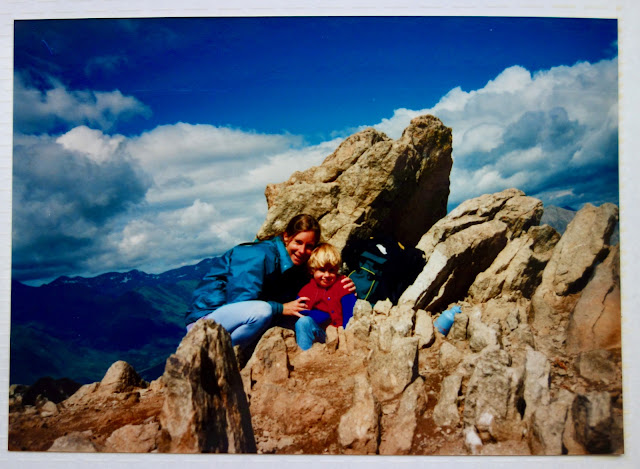 Forester and I still hike together when he's not scaling one of Colorado's 52 peaks over 14,000 feet. In 2019, we climbed Golden Horn. (Debra Van Winegarden, photo) 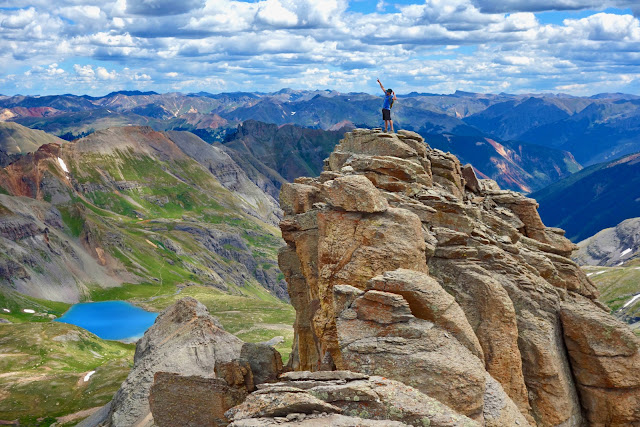 Earthline would not have been manifest were it not for my partner, Thomas Holt Ward. A software engineer, he was instrumental in setting up the blog and continues to solve my technical difficulties. He is an astute and poetic observer of the natural world and has a Jeep capable of transporting us to remote trailheads. We both snap upwards of 100 pictures on every hike. My photos document the route. His are works of art. Columbine Lake, 2019. (Thomas Holt Ward, photo)